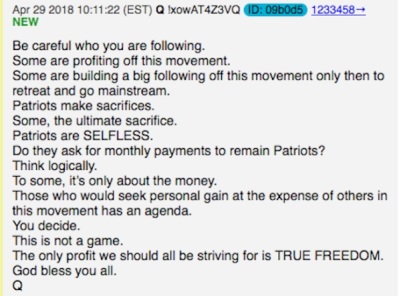 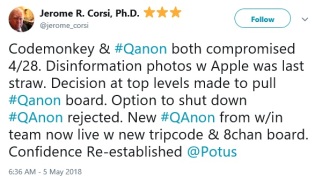 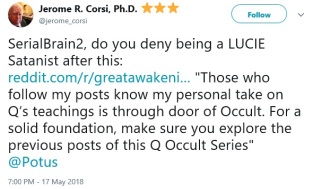 Alex Jones then talked about Qanon with Corsi saying Q was compromised here:

I could find no source of Alex Jones talking about Q being compromised prior to this video 5-11-18. Did the Q post about profiting really upset Corsi and Jones so much they decided to abandon and slander the movement? Or did they actually have inside information, as both have been known to have before (the very reason Mueller is attacking Corsi right now)?